The Latino market offers a tremendous opportunity for brands in the United States. According to the Census Bureau, the Latino or Hispanic population in the U.S. is 53 million people strong. From 2003 to 2012, U.S. spending on Hispanic media tripled from $2.8 billion to $7.9 billion, with the majority of spend (72% in 2012) in television advertising.

The opportunity is obvious, but reaching this market takes some careful planning. The market includes a broad range of individuals and is extremely complex and multilayered, which can make developing effective creative and media plans a challenge.

This is definitely a case where research, analysis, and wise decision making can make the difference between great success and mediocre results.

Latinos are such a large and diverse group that the term itself is starting to take on a negative connotation and some people even find it insulting, preferring instead to be associated with their country–or even region–of origin. The term “Latino” currently refers to anyone living in the U.S. with Latin language roots from Mexico, Central America, South America, and even the Caribbean.

As you can imagine, the cultural differences from country-to-country are very significant and need to be taken into account. This also means that generic creative, brand messaging and placement can greatly diminish the effectiveness of advertising.

Even when the focus is on one country–such as Mexico–which represents almost two thirds of the U.S. Latino population, it’s important to develop clear buyer personas that will account for major differences in regional culture, urban/rural background, education level, and socioeconomics.

With any advertising campaign, our agency builds out buyer personas–which means we take demographic data and develop one-page profiles for a specific person that represents a particular ideal customer.  We give our personas a name and build out an entire profile taking into consideration age, job, family structure, hobbies, daily activities, lifestyle likes/dislikes, and media and language preferences. By the time we’re done, we have a clear picture of who we’re marketing to and this will serve as part of a brief to guide our media planning and creative strategy.

The Census Bureau breaks the U.S. Latino population into four different generational categories. Behavioral differences, language preferences, and cultural identity go through a significant shift generation to generation regardless of country of origin.

Generally speaking, there is an incremental generational shift in language preference from Spanish to predominantly or exclusively English for many 2nd and 3rd gen-ers. Cultural identity and association also shift over time with a higher propensity to identify as a “typical American” with each generation rather than identifying with country of origin or heritage.

As a result, language preference and cultural identity play a key role in both media placement and development of creative.

The generational makeup of the population is also shifting. Ten years ago, foreign-born immigrants led Latino population growth and a Spanish-only marketing strategy was clearly the best choice. Today, the growth of U.S.-born Latinos has surpassed that of foreign born Latinos living in the U.S. and approximately half of all Latinos in the U.S. prefer English-only or mostly English media.

If the brand is marketed toward a general audience, mainstream media advertising and creative may be effective. The situation of brands with a Latino-only audience presents a significant complication. In this case, they need to reach the 50% of their audience who consume media in English-only without the majority of their ad spend spilling over into mainstream audiences where it will be a complete and utter loss.

If you’re building a plan to reach the Latino market, we hope this article gives you some valuable background and perspective.  We are a Latino-owned and Spanish-speaking marketing agency located just over the Golden Gate Bridge from San Francisco.  If we can be of help, please feel free to reach out. Download the Alaniz Guide: Advertising to the Latino Market 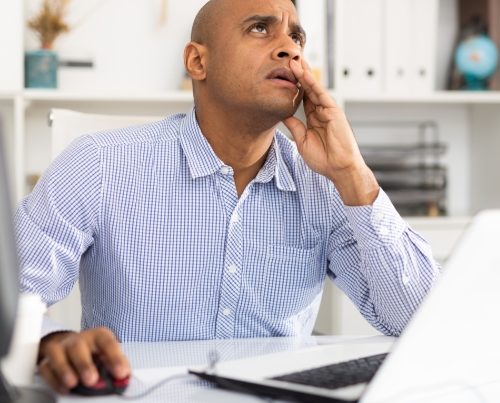