Ban The Booth Babes, Get Qualified Leads At Trade Shows

If you want to get qualified leads at Trade Shows, ban the both babes.

The San Francisco Chronicle ran a story in June indicating that tech companies are moving away from using attractive female models, aka “booth babes,” to attract trade show attendees to their booths. It has become bad form, the article said, as the industry is getting knocked for its sexist tilt. That’s a good reason to ban the booth babes, but not the best one.

I don’t mean that the women don’t work hard. They work very hard (I’ve worked with companies that use models and speak from experience). I mean that the practice doesn’t work as a way to generate qualified leads.

In fact, I would put booth models in the same category as spam email, telemarketing and other interruptive outbound marketing practices. It is a form of indiscriminate lead harvesting, and it is a waste of time and money. The only people it pleases are executives who see a crowded booth when they walk by for the 5 minutes they are on the show floor. It makes them feel good to see the models and to see a booth full of wide-eyed men taking pictures. Big deal.

There are much better ways to attract the right audience to your booth, and to make connections that are more likely to lead to new business.

In fact, inbound marketing has a lot to teach trade show marketers. Identify your buyer persona, understand what problems they have, and promote your presence at the trade show as an opportunity to find a better way to solve those problems.

Think of a trade show as a physical Internet, and all the booths are websites.

You need to get found by prospects looking for your solutions. How do they find you? Like a website, getting found mostly on what you do before the show starts. Like an inbound marketing campaign, you need to create content and offers that will attract the right people to your display.

I was at a giant manufacturing equipment trade show that featured some of the largest companies in the world. Across the aisle from our small 20×20 booth was a giant 100×100 booth with an army of models surrounding it like it was a military compound. They approached every person that walked by (mostly men), smiled and asked, “Can I scan your badge?” Of course every one of these guys said, “yes.” As soon as the visitor paused to get scanned, a sales rep would approach and engage him. It went on, and on for four days. They must have scanned hundreds of badges—slowing people down just enough to be accosted.

The company I worked for had purchased the list of attendees from show organizers. This was an opt-in list of people who had said they wanted to be contacted by exhibitors. We sorted the list around our category of product, and sent invitations to come and see our latest products with offers to demonstrate how to solve some of their most challenging manufacturing problems. Yes the list cost a bit, but far less than a militia of models.

The result? Our booth attracted a steady flow of people who wanted to talk about our products. One after one, they would cross the threshold from the aisle and say, “I got your email, and I want to talk to you about…” It was like magic. It wasn’t a mob scene, but we closed several large deals during the show. The leads we got were qualified and gladly added themselves to our newsletter mailing list. We came out of the show “in black” financially, which isn’t easy to do.

Believe me, the CEO was far happier to see revenue from the show than a bunch of models surrounded by people taking selfies. And the sales team was much happier answering real questions than spending hours making small talk with people they would never speak to again.

There are a lot of ways to make trade shows more valuable. Thinking about it more like inbound marketing and less like a badge scanning contest is a winning approach. Create good content. Get it in front of your target audience, and give them an offer around their problem.

Now – learn how to get qualified leads from your website. 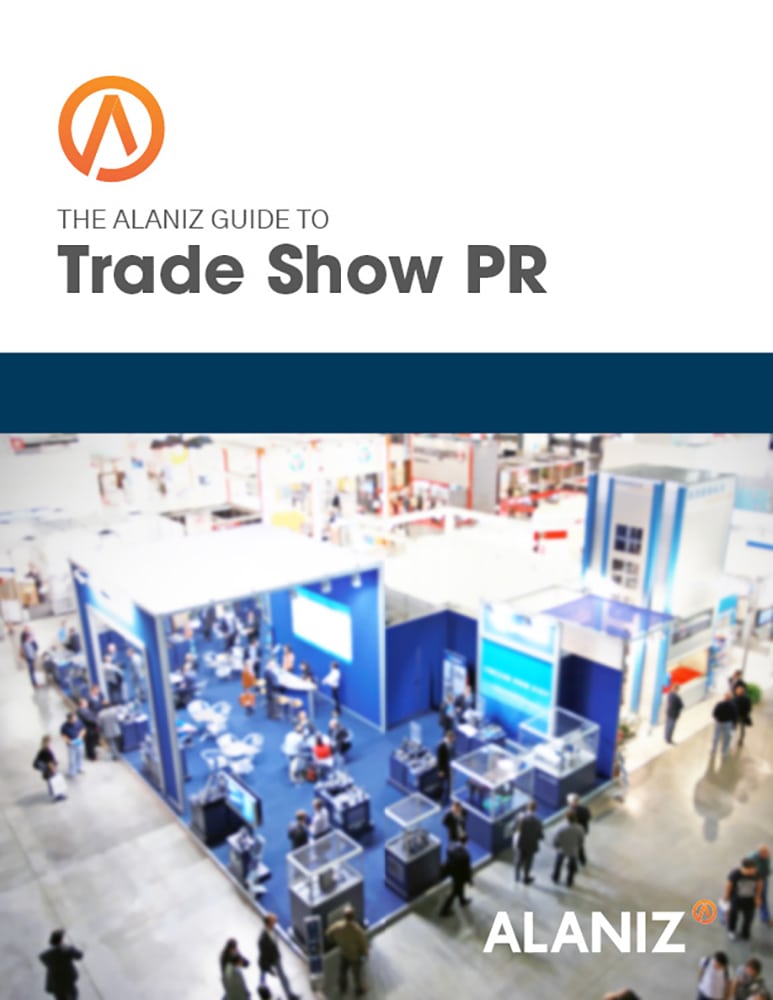